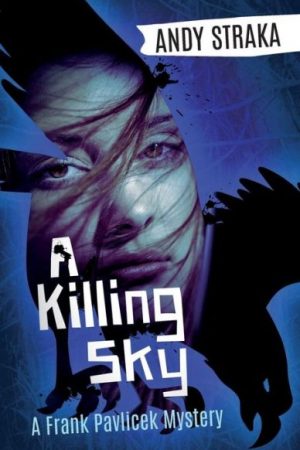 Ex-cop and avid falconer Frank Pavlicek is hired by the daughter of a philandering Virginia Congressman to find her missing twin sister. Is her disappearance related to her disintegrating relationship with her boyfriend? Or is it somehow connected to her ambitious father's re-election campaign, a tawdry sex scandal, and a hit-and-run accident that happened twenty years ago? Pavlicek's investigation unearths long-buried secrets that someone would like to keep six feet under...along with the PI's corpse.

Political scandals are far from uncommon, so it should be no surprise that Congressman Drummond himself has been caught up in a few. He’s had a handful of affairs and even nearly raped a woman, although the public eye doesn’t know that. So when one of his daughters go missing, all eyes point to him as the suspect. Did he get rid of her to hide something, or was it the workings of someone else?

It’s nice to have things be switched up when I read crime novels – sometimes I’ll read a legal thriller, a cop thriller, or, in this case, as told from a private investigator. A Killing Sky was a greatly told story. The seemingly unrelated events turned up related, all thanks to Frank’s sleuthing to prove it. I was on the tip of my toes the whole time, reading along to see what the current scenario would lead to. I haven’t read any of the other novels in the Frank Pavlicek series yet, but I can guarantee you that I will be soon. Straka writes with such a captivating style that it’s difficult to stop reading.

One thought on “Review: A Killing Sky by Andy Straka (Frank Pavlicek Mysteries #2)”