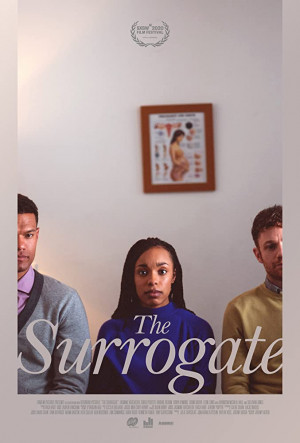 Jess is thrilled to be the surrogate for her best friend and his husband, but when a prenatal test comes back positive, it creates a moral dilemma that threatens their friendship.

If you were pregnant and knew the baby was going to be born with Down’s Syndrome, what would you do? Keep the baby amidst the many challenges you’re going to be faced with after giving birth? Adopt it out? Abort it? That’s the struggle Jess (Jasmine Batchelor) is faced with. After agreeing to be the surrogate for her friend Josh (Chris Perfetti) and his husband Aaron (Sullivan Jones), during a prenatal test it’s discovered to be almost certain that the baby will be born with Down’s Syndrome.

Jess spends her days working for a non-profit in New York. Although she tries her best, she doesn’t seem to be completely enjoying the job. What she does enjoy, however, is helping Josh and Aaron have a baby by being their surrogate. She’s cool and collected about it. Carrying a baby for nine months, let alone one that’s not even your own is no simple feat. Jess may not have some parts of her life together or know what exactly she wants to do with herself, but she is able to count on herself to carry this baby. When the news comes that the unborn child is to be born with Down’s Syndrome, rather than being devastated by this news, she turns to a local center for those with Down’s Syndrome to familiarize and educate herself and the two future fathers. While Josh and Aaron are attending the doctor’s appointments and tag along with Jess to the local center, it’s clear their interest level is far from Jess’. Jess is far more involved and proactive, really opening her eyes to this and being accepting of this potential future even though it isn’t her child. In a way, she’s hoping to prove to the couple that because others can handle a child with Down’s Syndrome, that they can, too.

I could elaborate on the plot a little more and who makes what decisions about this baby, but that feels a little too spoilery for my liking. I will say this, however: Jess does a great job at educating and informing, making a level-headed decision about things even though people think she’s acting irrationally and taking on far too much. While she may be planning her life around a very specific scenario that has to come together, she’s taking complete charge of her life as she now knows what she wants, even if others are convinced that it isn’t what she wants and that she’s acting silly.

I enjoy films or tv shows that throw an ethical question at you that you wouldn’t normally ponder. The anime series I watched earlier this year Rumbling Hearts comes to mind, for example. While abortion is a debate of its own to begin with, The Surrogate makes it multi-layer: rather than only a couple, you also have the surrogate, adding a third person whose thoughts and feelings are added to the mix. Then, because you know the child will be born with a defect, you wonder is it unethical to terminate the pregnancy because you know both the child and parent are going to be unable to live normal lives should it be brought into the world? Not only will you have a child with Down’s Syndrome, but the parent is going to have to be a permanent caretaker. I don’t want to call it a burden, but the common consensus in the real world seems to be that parenthood in of its own is already tiring and stressful enough. Batchelor delivers a fantastic performance as Jess, especially as the film shifts its main focus to her. However, even with this interesting angle and the impressive cast performances, something I can’t quite put my finger on feels amiss. I don’t know if it’s just me personally or if other viewers of the film as well, but it didn’t feel emotionally gripping or dramatic enough. It’s certainly plausible that it could just be me, however, some of this feeling could be because of the way Josh and Aaron act distant.