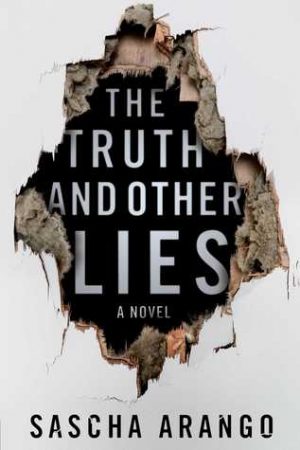 Dark, witty, and suspenseful, this literary crime thriller reminiscent of The Dinner and The Silent Wife follows a famous author whose wife—the brains behind his success—meets an untimely death, leaving him to deal with the consequences.
“Evil is a matter of opinion…”

On the surface, Henry Hayden seems like someone you could like, or even admire. A famous bestselling author who appears a modest everyman. A loving, devoted husband even though he could have any woman he desires. A generous friend and coworker. But Henry Hayden is a construction, a mask. His past is a secret, his methods more so. No one besides him and his wife know that she is the actual writer of the novels that made him famous.

For most of Henry’s life, it hasn’t been a problem. But when his hidden-in-plain-sight mistress becomes pregnant and his carefully constructed facade is about to crumble, he tries to find a permanent solution, only to make a terrible mistake.

Now not only are the police after Henry, but his past—which he has painstakingly kept hidden—threatens to catch up with him as well. Henry is an ingenious man and he works out an ingenious plan. He weaves lies, truths, and half-truths into a story that might help him survive. But bit by bit the noose still tightens.

Smart, sardonic, and compulsively readable, here is the story of a man whose cunning allows him to evade the consequences of his every action, even when he’s standing on the edge of the abyss.

I’ve been toying around with the thought of whether I’d rather this 3 stars or 4 stars since I don’t do halves in my ratings, and ultimately I feel that 3 stars better suits my liking of this book. Ultimately, I did not care the constant narration that made up a large portion of this book. Yes, there is some dialogue, but not a whole lot compared to the average fiction novel you read.

Henry is a thief, a murderer, and most of all, a liar. He doesn’t talk about his past, in fact his stalker can’t even figure out where Henry was during the years he seemingly disappeared off the face of the Earth.

Things are going well in life for Henry: he’s a world famous author of numerous books, except he hasn’t written a single word in his life – one of the many reasons he’s a liar. Instead, his wife writes and he takes all the credit.

Henry accidentally ends up getting his mistress, Betty, pregnant. He had met her at the publishing company, and not even show knows the truth about him not writing his own novels. He decides he’ll have to confide his wife about the affair, but things go inexplicably wrong and she ends up dead, days before she would have finished writing his next novel that’s under a tight deadline.

Not only is the death untimely, but Henry will have to lie his way out of the accidental murder so to not cause much suspicion on him.

The book narrates all the lies he tells to Betty and those around him, as he manipulates situations to put them in his favor.

As for the ending, I found it to be pretty predictable. I didn’t care much for it, especially the final paragraph. Part of me was like “that’s seriously how you’re ending it?”

In short, I did not care much for the book being mostly narration and the ending was quite flat to me. The story has some good aspects, though. Something about it kept me reading and I feel like it’s a great piece of literature in the way it is written, even if I didn’t like it.