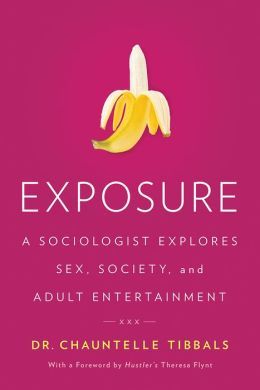 Tibbals takes us through her own process – from precocious Southern California girl to marginalized sociology Ph.D. student to renowned adult industry expert. She shares her adventures and observations – often hilarious, occasionally heartbreaking, and always enlightening – in order to give us a nuanced look at a community that’s simultaneously influential and reviled, powerful and stigmatized. From the altered reality of pornographic film sets to wildly inappropriate fans at trade shows, Tibbals has seen it all. And she will be the first person to tell you: the adult industry is nothing like you’d expect. It’s a world that deals in sex and is shrouded in mystery but is ultimately no different from any other.

The book reads somewhat like a memoir, as Dr. Tibbals recalls what led her to investigate such a taboo topic and then goes on about her experiences, or, put fancily, “the sociocultural significance of adult entertainment as it relates to law, media, and gender.” Although interesting, (and infrequently a little humorous) I felt that the book failed to do more than scratch the surface on some topics – more on that in a little bit. But for what this book actually is, I mostly enjoyed it.

There is no single topic about the adult industry that this book focuses on. It’s a bit all over the place, beginning with how Dr. Tibbals got into this topic, to talking about the lives of some adults in the industry, then finishing off with some opinions.

The book did bring up some interesting things. One part I really got a kick out of because it’s so true, is that people frown upon breast implants/any time of boob job. And yet we will correct our teeth with braces without giving it a second thought. A different body part, yes, but it’s still being changed to our liking, just like some women will do with their breasts.

Now let’s hope my (quite religious) mother doesn’t check my recent book reviews anytime soon, as she’d have a heart attack to know her oh-so-innocent son read a book about porn/sex. :-)