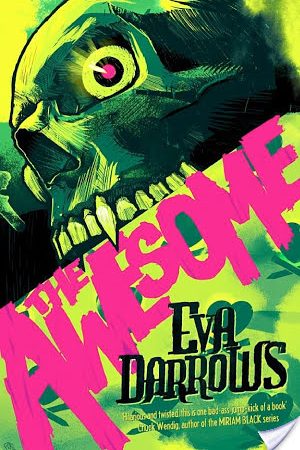 Seventeen-year-old Maggie Cunningham is tough, smart, and sassy. She's also not like other girls her age, but then, who would be when the family business is monster hunting? Combat boots, ratty hooded sweatshirts, and hair worn short so nothing with claws can get a grip, Maggie's concerns in life slant more toward survival than fashion or boys. Which presents a problem when Maggie's mother informs Maggie that she can't get her journeyman's license for hunting until she loses her virginity. Something about virgin blood turning vampires into pointy rage monsters. Blood and gore and insides being on the outside and all that. Maggie's battled ghosts and goblins and her fair share of house brownies, but finding herself a boy-fitting in with her peers-proves a much more daunting task than any monster hunt. Did you know normal girls don't stuff their bras with holy water balloons? Nor do they carry wooden stakes in their waistbands. And they care about things like "matching" and "footwear". Of course, they also can't clean a gun blindfolded, shoot a crossbow, or exorcise ghosts from a house. Which means they're lame and Maggie's not. Because Maggie's awesome. The Awesome, in fact. Just ask her. She'd be more than happy to tell you. After she finds herself a date.

The Awesome is just that: awesome. Seriously, Maggie is such a kickass and sassy girl along with her mother. Here’s a few quotes from the book:

And that’s only from the first 20 pages. Let’s not skip over these other glorious ones:

I could go on and on. There’s so many hilarious sentences like these, and since I act juvenile like Margaret does, I definitely snickered at many of her sassy and inappropriate remarks throughout the book. Like I was saying, this book is pretty freaking awesome. I’ve never read anything as weird as The Awesome. (and by weird I mean awesome) From a crazy plot to awesome kickass characters, this book is, well….you already know what word I’m going to say at this point. ;)

2 thoughts on “Review: The Awesome by Eva Darrows”